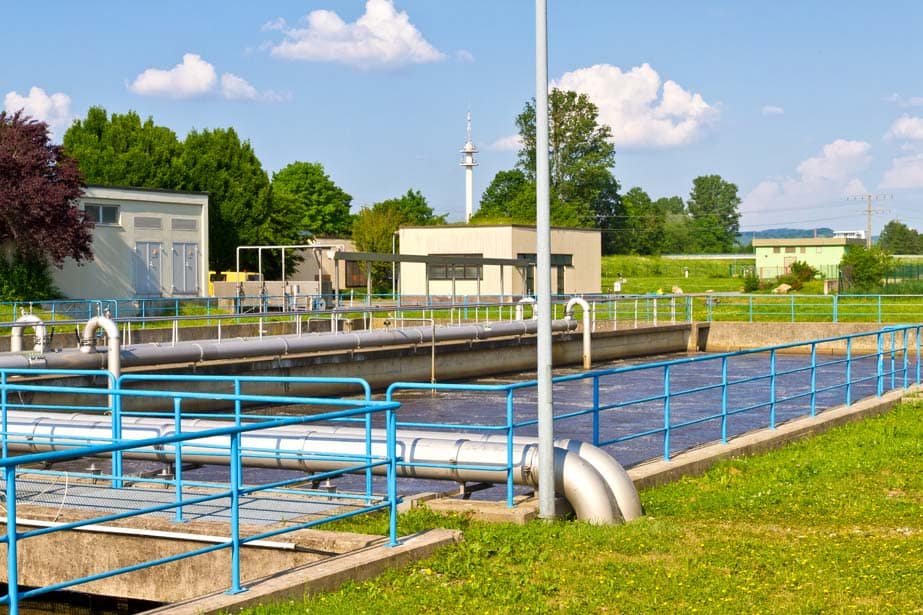 Central Bedfordshire Council has responded to questions posed regarding the Letchworth Sewage Treatment Works. These were given by ward Councillor, Steven Dixon, at the FPC meeting on November 10.

Subsequently Anglian Water have supplied further information that is detailed at the end of this blog.

Q) You stated at the public meeting on 22 August that CBC would commission a report by a specialist consultant. Has this been done and if so where is the report?

A) The Pollution team contacted a number of consultants to enquire if they would be able to provide expert advice regarding odour abatement, best practice, practical solutions and implementation costs for the sewage treatment works. Only one of the consultants was able to provide a quotation and they were only able to deliver part of the work required, in addition the costs involved were very expensive. Given that Anglian water have made a number of changes on site and have commenced their own monitoring in the meantime (more details on this below) CBC has not pursued this avenue further at this stage.

Since that meeting Anglian Water have made changes to odour control at the site with the installation of a new bloodhound odour neutralising system which gave greater coverage of the raw sludge tank which was completed with all extra nozzles installed on 21st October 2016.

Anglian Water have also held an internal site meeting at Letchworth Sewage Treatment Works with staff from a number of teams present to consider the odour emissions and look at longer term solutions.

Anglian Water identified during site monitoring that a sludge incoming pipe is a potential source of high odour because the pipe discharges above the height of the stored sludge. They have placed an order to extend the sludge tank incoming pipe so that the tank is less turbid when being filled. This should be completed in the next 4 weeks.

Anglian Water have also installed odour loggers at the treatment works to monitor gas emissions at source to enable this information to be analysed and any further mitigation works to be targeted to areas where they would be most effective.

Q) How many meetings have CBC environmental health officers had with Anglian Water?
A) There have been three onsite meetings and regular contact has also been made through emails and telephone conversations.

Q) How many times have environmental health officers visited the Letchworth WRC?
A) As above officers have also undertaken 36 proactive monitoring visits in areas of Fairfield Park many of these included monitoring at the Sewage Treatment Works boundary.

Q) What has been the result of their visits?
A) Of the 36 monitoring visits medium to strong sewage odour was witnessed on 7 occasions. Barely perceptible/slight odour on 7 occasions and no odour was witnessed on the other 22 visits. No odour has been witnessed by officers since the new odour neutralising system was installed on 21st October 2016. Smell complaints on 31st October were as a result of bio solids spreading at Radwell Farm and not the Sewage Treatment Works. Officers investigated the complaints and the farmer ploughed the bio solids in within 24 hours in accordance with best practice.

Q) What action are the EHO’s/CBC proposing to take against the site?
A) CBC has asked residents to contact them to monitor when the smell is present at their property to establish if the smell amounts to a statutory nuisance under The Environmental Protection Act 1990. To date CBC has not witnessed sewage odour within residents’ property.  CBC will continue to liaise with Anglian Water regarding the results and analysis of the onsite odour logging and medium term plans to reduce odour emissions.

Q) Have Anglia Water been challenged about the potential effect of their discard for the best environmental solution because of cost?
A) Officers have enquired if the sludge digesters would be reinstated and Anglian Water have advised that the end product from this process will soon not be permitted to be spread on most agricultural land and therefore a strategic decision has been made to stop sludge digestion at Letchworth STW. As discussed above Anglian Water have implemented some odour control measures on site and have installed odour loggers to investigate the main sources of the odours with a view to identifying a longer term solution.
Q) Anglia Water’s current procedure, as we understand it, is to simply release methane gas from sewage into the environment instead of collecting and burning it or selling it for other energy generation uses.  Can CBC state categorically that there will be absolutely no risk from this crude process to the health of children who attend the new school to be built next to the sewage works?
A) The Health and Safety of employees at the Sewage Treatment Works and for the general public that may be affected by the conduct of the STW operations is a matter that is actually enforced by The Health and Safety Executive (HSE).  Therefore the HSE may best be contacted regarding these concerns. See http://www.hse.gov.uk/contact/contact.htm

CBC has also contacted Anglian Water regarding resident’s requests to have gas logging equipment installed at Fairfield Park. Their response is that this is something that they are currently looking into. They have made enquiries with the company who supplied the onsite odour loggers and although they said it can be done they did raise the point that the units used to log odour gas are not reliable at such low levels and they may not give a true picture of the levels of gas in the residential area. The units can read to below 1ppm but become less reliable the lower the level becomes. Anglian Water will continue to look into the possibility of monitoring for odour issues in the estate.

It should be noted that the nose can detect very low levels of gases in air for example the World Health Organisation have stated that the average odour threshold for Hydrogen Sulphide in humans is 0.011 mg/m3 which is  0.000011 parts per million. Hydrogen Sulphide is a sewer gas often associated with a “rotten egg” smell. This raises a concern that gas logging equipment may not accurately report any gases that may be smelt by residents.

Since the meeting on November 10, Anglian Water have added further clarification to the above question. They write:

“Methane is a naturally occurring nontoxic gas. Letchworth WRC no longer produces methane gas on site this is due to the process change carried out in early 2015. The site used to run a digestion process which involved feeding 2 onsite anaerobic digesters with raw sludge that was then heated to a temperature of approx. 36 degrees C, this is called mesophilic digestion. This process created an environment in which mesophile organisms break down the sludge, a by-product of this is the creation of methane gas. This was collected and stored in a gas holder and then burnt off into the atmosphere via a gas burner. Since the choice to stop using the digestion process we no longer heat the sludge in an anaerobic process and hence do not produce any methane gas on site. The sludge is stored in a sludge holding tank which we then thicken in a machine called a centrifuge which removes water from the sludge by mixing with a coagulant. The final product that we call cake is then taken to another of our sites which carries out enhanced digestion and is treated there in a similar manner to which I have described above. There is also a term called cold digestion which can take place below 36 degrees c but takes a number of weeks to produce any significant amount of methane. We process and remove in the centrifuges approx. 350m3 of sludge per day so the sludge stored in our tanks is not held long enough for cold digestion to start taking place”.

The following questions were posed to Cll Dixon at the meeting and he has promised to supply answers.

1) Why are loggers only onsite and not in Fairfield?

2) Does CBC have a contingency plan if the school is not ready for 2017?