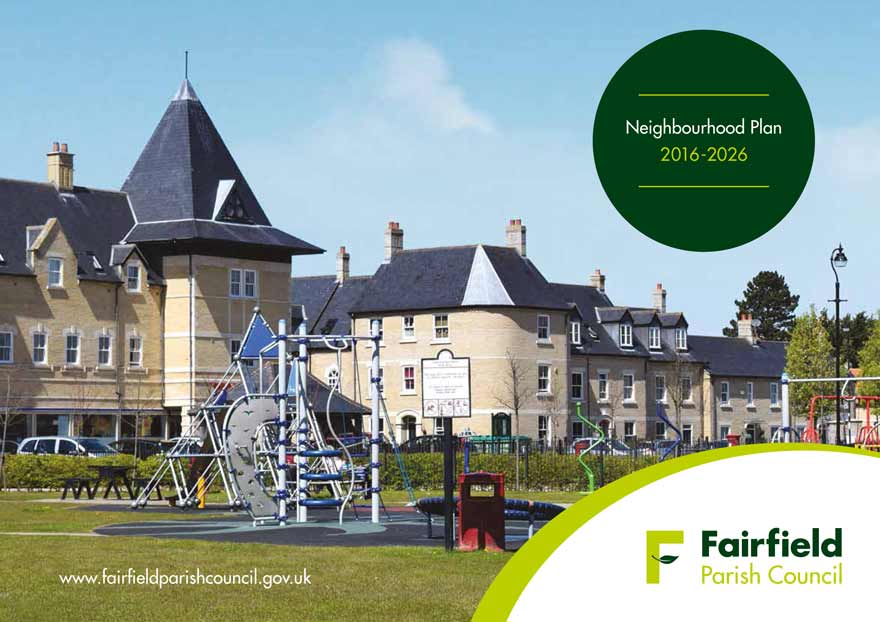 Thank you to everyone who voted which saw the plan overwhelmingly accepted by 574 votes to 16. The turnout was 31 per cent – better than the norm for a local election. But the acceptance means that 97.3 per cent of voters gave a massive thumbs up to the plan.

Fairfield is the first town or parish in Central Bedfordshire to get to the referendum stage with its Neighbourhood plan, so neither CBC nor ourselves knew what to expect when it came to the vote itself.

It shows just how much residents of our great village cherish the design and the open green spaces and want to preserve it’s look and feel. It enables FPC to move forward with confidence and continue to build one community of which we are all proud.

Central Bedfordshire planners will now be forced to take the principles of the plan into account when considering new builds and extensions to properties.

A big thank you from us all to everyone who contributed to producing the plan as well as to all of you for voting. We would also like to thank former councillor, Phil Mitchinson, who expertly led and also wrote most of the plan.