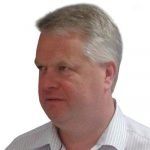 We started 2021 with many issues still surrounding the COVID 19 pandemic, but as the year progressed, with the vaccination programme in place, we were able to bring the community together again.

Fairfield Parish Council saw two changes to its team with Amanda Marioni-Hunt and Vinesh Khatwa, leaving the Parish Council. I would like to thank them both for their time and commitment they gave to their community. We also had three Fairfield residents apply for these roles. Anna Papakosta and Tony Hopkins were co-opted by the remaining councillors, to replace Amanda and Vinesh. With Amanda leaving the Council, Penny Daffarn was elected as Vice Chair.

Over the last twelve months, the Parish Council has been working with various community groups, in bringing the community together. In September, we had a glorious afternoon on the land behind the Community Hall, running our annual Fairfield Apple Day. This gave friends and neighbours the opportunity to meet up for the first time in two years.

At the end of the year, we had three other outdoor events in the Urban Park. We remembered those we had lost over several wars with Remembrance Sunday highlighting the importance of the various Commonwealth Countries and the important roles they played.

We celebrated Christmas, with our new Christmas tree and decorations and held a lighting ceremony. We had help from the WI and Bowls clubs to provide refreshments. To top a great evening, it even snowed as we were doing the countdown to the official tree switch-on. We also had a Carol Singing evening around the Christmas tree, but unfortunately, due to a downfall of rain, it kept people at home. However, we did have a few hardy people turn up and we thank them for their support.

With the War in the Ukraine, I am sure most residents, have been horrified by the news reports, both on TV and in the newspapers. However, the community have come together and raised approximately £2,000 for the appeal fund, mainly from the recent Quiz Night held at the Community Hall. The evening was organised by, Jessie, Berni and the team at the Community Hall, not to mention the great kitchen volunteers.

On the evening of the Quiz Night, we welcomed our first new residents from Ukraine, and I am sure the Parish will support those residents who have opened their homes for families that have had to escape this conflict in their own country.

Looking forward, we already have plans to celebrate The Queen’s Platinum Jubilee with a lighting of a beacon, Film Day on the cricket pitch and various local communities organising street parties in line with the Queen’s Jubilee Big Lunch.

When Fairfield started to be constructed, various builders and local councils made promises that were often not fulfilled. With the creation of Fairfield’s own Parish Council, we were able to raise funds and rectify some of the issues raised during this time. A good example was the unsightly asbestos roof, green building, by the cricket pavilion. We used Council funds to have the building removed and relocate the items it stored to the cricket pavilion. The land was made good, and it is now just a distant memory. The children can now play in the area without fear of the asbestos falling from the roof.

The Community Hall is an example of a building that was constructed, by the builders, but was not designed for the purpose the village really required. A recent article in Fairfield Matters, by Robin Horsley, highlights how the building was designed as badminton courts, to where we are now, with a thriving Community Hall for all Fairfield residents. The building has finally been handed over to the Parish Council in the last month. It will continue to be run by the Fairfield Community Trust.

During the pandemic, one of the key learnings was we all needed fresh air and exercise. Fairfield is lucky to have traffic free walkways around the park with some that criss-cross through the park. But one area, between Livingstone Way and West Drive was notable for the lack of adequate pathway and was often very muddy when it rained. Working with Central Bedfordshire Council, we now have plans to complete the circuit. The work will commence shortly, thus creating a completed countryside walk around the edge of Fairfield.

Two things that were missing from the original plans of Fairfield, were a Garden of Remembrance, for those residents that have passed. As this is not a facility provided by Central Bedfordshire Council, we need to take action locally. We are at the early planning stage of a Garden of Remembrance, in the land at the end of Eliot Way. The second is to have allotments, these will be located by the side of the Garden of Remembrance. Once we have agreement to lease or own this land and planning permission, we will look to call a Parish Meeting and do further consultation ensuring residents are fully aware of the proposition. This will be the Parish Council’s main priority over the next few years.

Over recent years, we have worked closely with the Bowls Club and was happy to support the opening of the new petanque piste within the club’s grounds, which is available for residents to use. The Parish Council have also been working hard with Letchworth Cricket Club, supporting them, as we use their cricket pitch as our playing fields 300 days of the year. We have installed new benches around the cricket pitch, which are used by all residents. We have also assisted the Cricket Club with work on their pavilion and the outfield. Letchworth Cricket Club, for their part, have bought youth cricket to Fairfield under the English Cricket Board, Allstars and Dynamos programme. This has so far, been a massive success, thus building another activity for the youth of Fairfield to participate in.

Several years ago, the Fairfield Parish Council purchased a large selection of hospital artifacts. Fairfield WI decided to dedicate a room in the Community Hall and with the help from the Parish Council and a CBC Ward Councillor grant, purchased glass display cabinets, stands, photo albums and picture frames, to have these artifacts on permanent display. We have also taken over the Three Counties Hospital website, which thanks to Barrie Dack, will be updated and maintained for future residents to understand the local history of Fairfield.

We are aways looking for volunteers to help with activities in Fairfield, for example Scout Leaders and parents prepared to support the 1st Fairfield Scouts. They have a long waiting list of children wanting to join and no shortage of facilities to run more groups.

The Community Trust is still looking for a Chair and trustees/volunteers to support the Fairfield Community Hall team (if interested in joining the team as a volunteer, please contact trustees@fairfieldcommunityhall.co.uk).

The Parish Council is always open to new ideas and welcomes residents to contact them through the clerk or directly. We have started putting on surgeries on the Urban Park and are about to have one in Fairfield Gardens. We welcome residents to share ideas that could benefit the whole village.