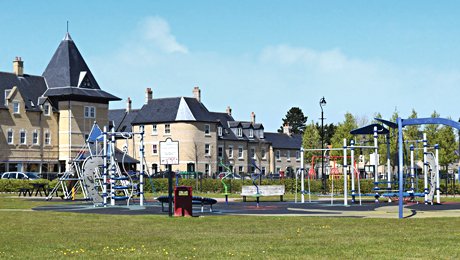 A major impact on Fairfield will be made if the draft Central Bedfordshire Local Plan gets the go ahead.

It is now at an early consultation stage and the parish council are concerned that large areas close to Fairfield are turned from fields to a large housing scheme. FPC recognises there is a need for additional housing within Central Bedfordshire; CBC’s current proposal shows lessons have not been learnt from mistakes made by them at Fairfield.

According to the first draft of the plan there will be no further housing on Fairfield itself until at least 2036.

While that is good news, a major building programme is threatened from proposals within the plan for a further 2,000 homes East of Arlesey. This would see housing all along Arlesey High Street right up to the junction with New Bedford Road and be clearly visible on our skyline.

There are many disappointing omissions from the draft proposals with no suggestions of improvements to Fairfield’s poor village infrastructure. We are facing a 30 per cent increase in housing stock with current developments, with just one possible extra facility being a shop on the land east of Hitchin Road, only likely to materialise if the developers find a tenant for it.

The parish council hoped to see proposals for a doctor’s surgery or health-hub, a social centre in the form of a public house/restaurant and much needed recreational facilities for families and older children.

A cycleway along Hitchin Road towards Letchworth is much needed to cater for the numbers of Fairfield commuters who cycle daily to Letchworth Station, instead of the current situation where they are forced to use the narrow pavement designated for both pedestrians and cyclists. Proposals for a cycleway between Eliot Way and the A507 underpass are included in the Etonbury Greenwheel proposals.

On the proposals for 2,000 new homes East of Arlesey, it says: “The proposal includes a country park that will provide a permanent separation between Arlesey and Fairfield, and which will also benefit biodiversity and give access to leisure and recreation facilities. The proposal also includes enhancements to the Blue Lagoon and Green Lagoon.”

Currently all the land between Arlesey and Fairfield is in multi-ownership, which will make fulfilling that aspect of the plan nearly impossible to achieve and would better be termed an aspiration rather than a firm proposal.

Moreover, with proposals in the North Herts Local Plan for 1,000 dwellings between Norton and Grange Estate there is a real danger of Fairfield becoming urbanised.

Your view is important. Rightly, most people currently consider the stench from the Letchworth Recycling Centre as the most important problem to solve. We would not disagree but the world goes on. This plan is of major importance if Fairfield is ever to properly become a self-contained village.

The plan now goes out for public consultation with several public days, including one in Arlesey Village Hall on Wednesday, July 26 from 2 – 8pm. We urge residents of Fairfield to go along, see the plans and make their comments known.

FPC proposes to meet shortly with the three management companies to get their views. It is also proposing to hold its own public meeting and will ask a CBC officer to attend so that concerns can be vocalised and considered. FPC will then give a full written response to CBC.