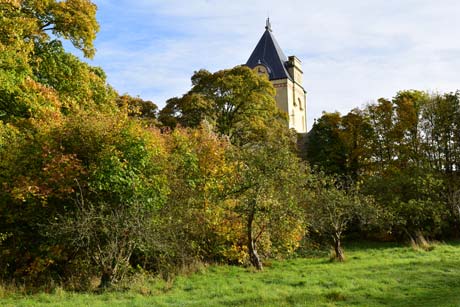 Chairman, Barrie Dack, presented this report at the annual parish meeting in March 2016.

Life is never dull on Fairfield! …A couple of months ago I was thinking that we were on a road to having almost dealt with the major issues and could look forward to a time of moving forward at a slower, more considered pace and consolidating.

This idea was shattered when we received information that plans for a single-entry lower school had been revised to a two-form entry. It was to be on a different site and in-between it is proposed to build 180 more houses.

These proposals raise many issues that are of concern to the parish council not least the proposed demolition of existing houses in Hitchin Road. It is our job to try to ensure that the infrastructure is there for any increase and that the views and issues that you, our electors, have and are properly expressed.

I do not propose to dwell on either proposal in my report. Rather I will leave it to you to ask questions, make comments, statements etc. What I would say though, is that in normal circumstances a parish council would have expected to have been consulted at a much earlier stage than we were.

The reason for this is so that we can influence the thought process and push for community facilities, road safety etc. that have to be taken into consideration by planners when considering applications of this size.

It happened regarding the former Pig Testing station but did not happen this time with negotiations between the two parties taking place in secret. However, please also bear in mind that no planning application has yet been made. So the full planning consultation exercise will be gone through.

There is still time to try and get facilities added before plans are submitted. Our initial intervention has seen a shop added to the proposals as well as changing rooms for the all-weather pitch.

2015 saw the publication of our Parish Plan that was based on the information you supplied in the answers to the questionnaire. Many of the short-term requests have been actioned and others are in the process of being completed.

There has been a delay in the imposition of a 20mph speed limit on Fairfield due to the fact that many roads have yet to be adopted. To impose the limit requires the agreement of developers on those roads awaiting adoption. Several have not replied to letter or reminders and it has now been agreed that their silence is tantamount to no objection so, hopefully, CBC will be starting the legal process shortly.

Similarly, plans to enhance the Urban Park have ground to a halt due to a change in personnel at CBC that sees a change of mind as regards how Public Art money can be spent. The council, in associations with the FPRA are now looking at this again but from a different angle.

However, it’s far from all negative and many of your requests have been ticked off, while the long and difficult land dispute is in the course of being unravelled.

During the year plans have been approved to turn the chapel into four apartments but we note that this work has yet to start.

Prior to FPC coming into being questions were being raised as to the ownership, maintenance etc of so-called community facilities including the tennis court, junior soccer pitch behind the community centre, the Orchards and allied areas that were not being maintained. These issues were then taken up by us when we came into being but sorting the problems out has been a long slow process.

We feel badly let down by CBC officers on this matter and have only reached a possible solution through the help of the directors of Fairfield Hall, not CBC. Before Christmas the freeholders, Hotbed Investments, agreed to transfer all these areas of land to us. At the moment though, this process seems to have stalled and attempts to find out why have been met with a brick wall of silence.

We will be deciding what step to take next at the April meeting of the council.

This left the area of the West Orchard that is in the ownership of P J Livesey as the only part in dispute. But there was a welcome change of attitude from the company that coincided with their planning application for 18 dormer bungalows of land between Fairfield Mews and East Lodge and for two dormer-bungalows on land between Middlemarch and Hardy Way.

First they agreed to give the FPC a 12-month licence to work on the Orchard and then an offer to transfer the remaining Orchard land to the parish council providing they got outline planning permission for the 18 bungalows.

For whatever reason the company changed their minds a second time and increased their offer to include the whole of the Orchard land. But they did not withdraw the application for the two bungalows.

As some of you will know, both planning applications came before Central Bedfordshire’s Development Management Committee on March 30, when the plans for the 18 were approved and, I am pleased to say, the plans for the two were refused.

In their pre-amble to the application for the two bungalows the company’s representative gave an indication that the land would be transferred to FPC as they were satisfied as to the conditions imposed by CBC on the plans for the 18.

However, many of you will be aware that P J Livesey is not the easiest developer to deal with. The contract negotiations between the two parties over the transfer of the land was long, difficult and at times feisty. This contract was an integral part of the planning application for the 18 dormer bungalows. We will not be satisfied and sleep easy until the transfer has actually taken place!

There is a downside to this that we need to make you aware of. Legal fees do not come cheap and they will be our largest single expense this year and almost certainly next. However, if we are to have facilities that are available for all to enjoy then it is a necessary evil. The sad part is that if agreements had been written properly and enforcement action taken, this time and costs would have been unnecessary.

Restoration work on the Orchards began in December and this is a five-year programme. I have to say that already there is an amazing

difference. Next autumn we will be embarking on a re-planting programme with the main focus being in the Hardy Way area where the trees are most fragile and sparsely spaced.

We have got together an enthusiastic group of people who go under the guise of “Friends of the Fairfield Orchards” We thank them for their work and enthusiasm.

Last year saw the start of two community events. The Fairfield Community Church organised a highly successful Fairfield Alive in the Urban Park while the Friends of the Orchard had the first Apple Day. It was great to see so many people attend them, they are essential for the community spirit to develop. I am sure work will soon be underway for both events to take place again.

The parish council can make grants available to help set up such events. We get very few requests for community grants so perhaps this is not as widely known as it should be.