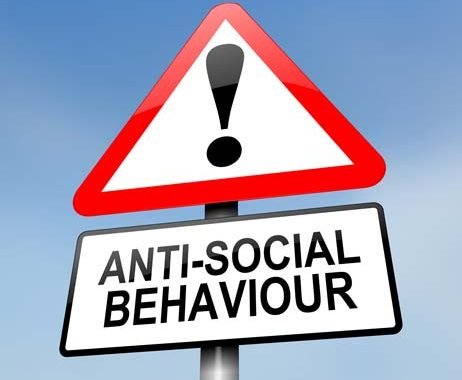 Sadly, while the crime rate on Fairfield remains extremely low in comparison with other areas, there has been an increase in anti-social behaviour in recent weeks and twice Police have been called to deal with matters.

The law on anti-social behaviour has changed in recent years and is now governed by The Anti-Social Behaviour, Crime and Policing Act of 2014.  It is now a matter for the Local Authority, in our case, Central Bedfordshire Council (CBC), as well as the police

Two Fairfield Parish Councillors together with our clerk recently met with the police to discuss the concerns and to formulate a plan to deal with it.

Where a crime has been committed, or is being committed, please contact the Police and report the matter using the 101 service. Remember that you can use the 101 service online as well as by phone by going to www.bedfordshire.police.uk and completing the details. In emergencies please use the emergency 999 number.

Anti-social behaviour has a wide parameter. We all know drug use, drunkenness, lewd behaviour, vandalism. However much more comes under the heading and some examples are noisy neighbours or animals, harassment from people, environmental offences or hate crime.

Under the new Act people do not have to directly make statements, they can pass information onto the police who will log this “intelligence”. Action frequently cannot be taken on one complaint or one offence. It requires a build-up of information.

It has been agreed with the Police that anyone wishing to log an incident should do so via the clerk at enquiries@fairfieldparishcouncil.gov.uk and Katrina Henshaw will keep the information to see if there are continued complaints of a similar type and involving the same people. These will eventually be passed to the correct authority if a pattern is seen to be emerging. Under GDPR regulations your information will be between yourself and the clerk and the respective authorities only. No Councillor will be given your personal details.

At the recent quarterly meeting between the Police and Town and Parish Councillors, our local officers and the Chief Inspector for community policing stated that there would be increased patrols around the Blue Lagoon and that the specialist team would also tackle boy scramblers who cause danger as they drive through the Western Shelter Belt and near the two lagoons. They will also be honing in on anti-social behaviour and drug use on Fairfield and the surrounding areas.

The powers that the new Act allows are vast involving injunctions; criminal behaviour orders; police dispersal powers and Community Protection Orders with the ultimate deterrent being a three-month house closure on a property. This has already been used to good effect in Biggleswade, Shefford and Flitwick by our local policing teams.

Both Police and CBC are taking the increase in anti-social behaviour seriously. In this year’s budget both bodies increased spending substantially. CBC allotted £1million to recruit and pay officers to deal with the matter. Bedfordshire Police have also been awarded extra moneys for recruiting more officers. and the Police are aiming to increase numbers by 100 officers, many of whom are already undergoing training. It is aimed to put some of the new officers back into Community Policing.